We took a rare backtrack today, because oddly, we had to fly slightly east to further our westward global trajectory…Myanmar is still hard to get into and out of with limited connections to mostly its regional neighbors…especially Bangkok and Singapore. Today we chose Bangkok as a more interesting layover in our exit strategy. Thus we a have fun 8-Hour Layover Challenge…but I am getting ahead of myself.

Old News First: We have gone over all the peer reviewed challenges of the Myanmar Leg (Par 5) scores…with Team Order & Chaos receiving a prorated average of 613 points that was the average score of the top 5 teams first 24 hours in Myanmar scores (throwing out the high and low) through no fault of their own due to not being allowed entry into Myanmar on a visas technicality. This was only fair.

#7 – The FILLIES did 32 scavenges in Yangon, Bagan & Mandalay (but elected to fly between the latter) earning 395 points after hefty penalty…but having a ball with no regrets.

#5 – Order & Chaos in their abbreviated scavenging did 20 scavenges and after the prorated points earned 1,668 points.

#3 – Lazy Monday did 47 scavenges (the most in Yangon) along with some in Mandalay earning themselves 1,945 points (including winning the 4-Legged Beastie Challenge again!)

That said, the new overall leaders after three completed legs (par 9 of 25 completed) are:

Three Things I Learned from the Myanmar Leg: Having a sound travel strategy is key and travel IQ still matters more than money; some teams are still moving way too fast—he who runs can still not walk with dignity; Myanmar was amazing—it always is. Oh, and Emory’s blog is too funny!

lay•over  \ ‘lā-, ō-vәr \ noun (1873) – STOPOVER n (1885): a period spent by a passenger at an intermediate point in waiting for a transportation connection; a brief halt in a journey caused by scheduling in the course of a journey; a short stop in a long journey, especially one between airplane flights; free time between flights spent in an airport hub—and to be avoided like the plague. 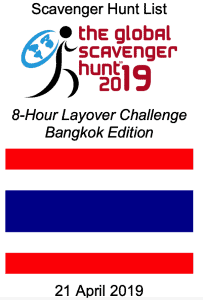 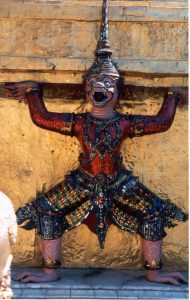 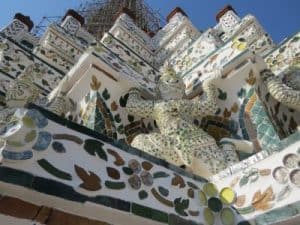 -You escape the airport albeit for a short time with only one rule…don’t miss your flight!
…you embrace this short window of opportunity
…you take a mini-excursion…explore a neighborhood…see something you’ve always wanted to see
…you stretch your legs in an exotic location
…you go out and see and do as much as possible
…you maximize your exposure to a new place, a new culture
…you engage with real human beings
…you have a good time
…take a whirlwind hit n’ run no-time-to-waste tour
…but the clock is ticking— you have to be time sensitive
…you won’t turn into a pumpkin—but you will miss your flight!
…so efficiency matters…you have to know when to walk away—it’s just not working out
…forget lines and mass tourism spots
…our layover challenges test their Travel IQ…their situational awareness…
…but they have to be careful, be smart
…remember the vagaries of local logistics
…and the airport boogaloo awaiting them: check-in, security, customs & immigration queues…
…Remember: don’t miss your flight! 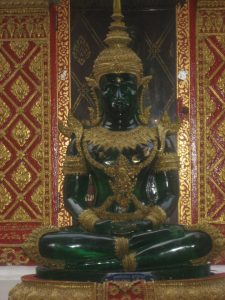 On the other hand, according to Nobel Prize-winning economist George Stigler—that if you’ve never missed a flight, you’ve probably spent way too much time in airports!

Here’s math professor Jordan Ellenberg getting his geek on for you with his three options:

Using util values for time, you can figure out which scenario affords you the most positive utility. In the first scenario, two hours of your time equals -2 utils (negative because it’s a loss to be wasting time), but the chance of missing the flight two percent of the time has to be accounted for as well (-6 utils times the two percent chance of that happening). When the two are added together, the utility for the first scenario lands at -2.12 utils. For option two, your utility ends up being -1.8 (-1.5 utils plus -6 times five percent) and for option three, your utility is -1.9 utils. So from a mathematical standpoint, your best bet would be to arrive one and a half hours before your flight.” (Smithsonian, 23 June 2014) 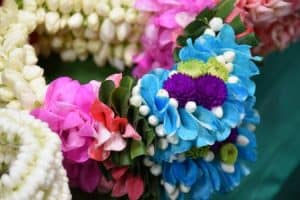 Okay, that said…we are now en route to Abu Dhabi…martinis at midnight!